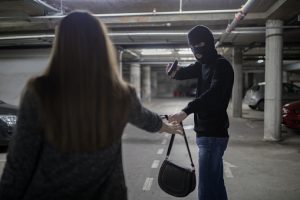 Many tourists come to Las Vegas to enjoy the array of entertainment and amenities the city has to offer. It is unfortunate, however, when a fun outing takes a turn for the worse due to criminals preying on unsuspecting victims.

One incident left a victim with a serious head injury

In one recent incident, a 73-year-old woman was assaulted and robbed while walking through the parking lot of the Texas Station casino in North Las Vegas, according to the Las Vegas Review-Journal.

The incident happened on May 1 when a 32-year-old woman reportedly followed the victim and attempted to grab her purse. After a fight ensued, the victim sustained a serious head injury from falling to the ground. She was treated at a nearby hospital and later released.

With help from the public, police were able to track down and arrest the suspect about a month later.

How the assault could have been prevented

Let’s face it, not all visitors of Las Vegas and casino patrons are aware of their surroundings. They’re not required to be, even if it’s recommended. Some victims are more vulnerable than others and criminals are well aware of who they can successfully target. They’re not usually interested in a fight. They simply want to take something of value and retreat as quickly as possible.

Victims may sustain head injuries, broken bones, lacerations, bruises, and more severe wounds when weapons are involved. Even when victims recover from their physical injuries, the mental and emotional trauma can persist for years after an incident.

Preventing violence and robberies on casino property requires one critical approach – provide adequate security. In the incident outside of the Texas Station, surveillance cameras were able to capture footage of the suspect before the robbery occurred. Had a security guard been present in the parking garage, however, the assault and robbery could have been prevented entirely.

Business and property owners are legally responsible for ensuring the safety of visitors. When an incident like this occurs due to lack of security, those who own or manage the property should be held accountable.

If you or a loved one was injured while visiting a casino or other business property in Las Vegas, it’s crucial that you discuss your matter with an experienced personal injury lawyer.

Attorney Al Lasso will investigate the cause of your injury and fight to hold negligent parties accountable. Schedule your free consultation today. Contact Lasso Injury Law LLC to get started.