Home >> About Us >> Attorney Al Lasso

Dedicated to helping people get justice 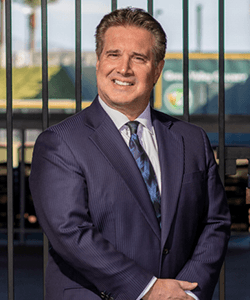 As a young man, Al had his own business in New Jersey and was a starting a family when tragedy struck. His brother was permanently disabled in a car accident. The insurance company was demeaning and treated his brother and other family members horribly. It was then that Al made a big decision that changed his life. He decided to become a lawyer and fight for people who found themselves in similar circumstances.

Fighting for victims in Las Vegas

Al worked as a law clerk for Judge Joseph Bonaventure, a respected Las Vegas judge. He then worked as a criminal defense attorney, where he spent most of his days in the courtroom getting invaluable trial experience, before moving into personal injury law. He went on to found Lasso Injury Law LLC, where he represents accident victims who are being mistreated by insurance companies.

Throughout Las Vegas, Al is known as a compassionate and aggressive attorney who won't back down when fighting for his clients. Whatever personal injury legal challenges you face, he will offer practical advice and relentless representation.

Al is admitted to practice in New Jersey and Nevada. His cases have been covered regularly in the Las Vegas Review-Journal and on television on KTNV. He also been featured on CNN, Today Show, Court TV, Headline News and many local radio programs to share his insights on high-profile local, state and national legal issues.