Home >> Blog >> What are the Legal Rights for Victims of Violent Crimes in Las Vegas?

What are the Legal Rights for Victims of Violent Crimes in Las Vegas? 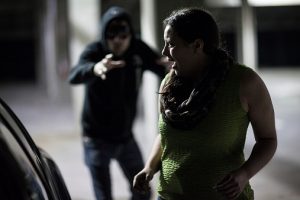 Whether it’s a night out at one of Las Vegas’s renowned casinos or a quick stop at the pharmacy, people should feel safe going about their business.

Unfortunately, due to the crime rate in Las Vegas, this is often not the case. Unsuspecting people throughout the city are often targeted in robberies, random acts of violence, and sexual assaults. Many of these incidents occur on business property.

Fox 5 reported that last month a woman was shot in the leg during a robbery outside a CVS Pharmacy in Las Vegas. As the woman left the store to retrieve an item from her vehicle, she was held at gunpoint. She attempted to fight back but was pushed to the ground. The man took the woman’s purse and attempted to take her jewelry.

The woman got up and attempted to run away before being shot in the leg. The man then left the scene in a white sedan. Criminals like this one are running rampant throughout our city.

A 2018 preliminary report released by the FBI compares the rate of violent crimes during the first six months of 2018 to the same period in 2017.

Businesses are responsible for providing security

Violent crimes can happen when you least expect them and are the least prepared for them. While being aware of your surroundings can help keep you safe, it’s the responsibility of businesses and establishments throughout Las Vegas to provide adequate security to prevent violent crimes. In many cases, criminals will avoid areas where security is present. In most cases, they would rather be able to make a quick getaway without being stalled or challenged.

If you were injured on business property that didn’t have adequate security, you are well within your rights to file a personal injury lawsuit. Even popular chains, such as CVS, can be held accountable for any injuries that occur on their premises.

The legal team at Lasso Injury Law LLC proudly serves Las Vegas. We fight for compensation for victims of violent crimes that occur in areas where security should have been present or active. Contact us today to schedule a free consultation and discuss your legal options.