A Las Vegas Lawyer Reveals the Risks of Amusement Parks 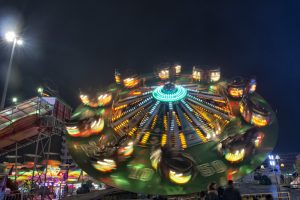 Las Vegas isn’t just a place to come gamble. In fact, many visitors prefer the entertainment offered outside of the casinos – including the city’s amusement parks. While amusement parks offer a fun, thrill-seeking experience, mechanical failures and negligent staff periodically put patrons in danger.

Back in April of 2019, a woman was severely injured after she fell out of a roller coaster inside the Adventuredome at Circus Circus, according to ABC13.

The Clark County Building and Fire Prevention was notified of the incident, but didn’t release the severity of the injuries. The woman was reportedly a double amputee, but it is unconfirmed whether she was missing her arms or legs.

The incident happened on the El Loco roller coaster, which now remains closed for the public while an investigation and inspection is conducted.

Officials from MGM Resorts International released a statement regarding the incident,

“We are incredibly saddened that one of our Adventuredome guests was injured and our hearts go out to the guest and her family. Safety is our top priority, and the ride in question is closed until further notice as this incident is investigated.”

According to ABC13, the ride was added to the Adventuredome in 2014 and features “hairpin turns along with a drop that produces negative g-forces.”

The cause of the accident is under investigation.

Many cases of amusement park injuries involve mechanical defects often due to lack of proper operation, maintenance, and inspection. Nevada accident data from the Safeparks Database reports several devastating injuries in Las Vegas and throughout Clark County, including:

Amusement park rides in Las Vegas are regulated by the Clark County Department of Building Codes. Their Amusement and Transportation Systems (ATS) code asserts that:

If you or a loved one sustained injuries due to a faulty amusement park ride or negligent staff, speak to an experienced Las Vegas personal injury lawyer as soon as possible. The legal team at Lasso Injury Law LLC is dedicated to representing individuals and families impacted by the negligence of others. Contact us right now.