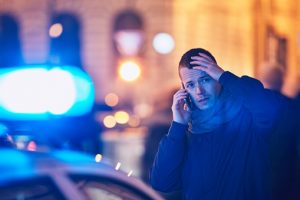 Not all cases of personal injury are as clear-cut as we’d like to think. Sometimes, determining where negligence occurred takes some digging. Without witnesses or a recollection of what happened, injury victims may be limited on their options.

In a recent incident reported by Fox 5, a man celebrating New Year’s Eve in Las Vegas sustained serious injuries. The man, 25, was celebrating with a group of friends at Marquee night club.

Shortly after the New Year’s countdown, he decided to head back to his room at the Mirage. His friends followed. However, when they arrived at the room, he wasn’t there.  To no avail, they checked nearby hospitals and police stations.

A bystander later discovered the man lying in a ditch near Koval Lane and Flamingo Road. He had sustained broken bones, bruises, brain swelling, and even suffered a stroke as a result of his injuries - which could have been caused by a hit-and-run or violent attack. But due to his condition, and a lack of available witnesses, the cause remains a mystery.

Is it possible to pursue a personal injury claim?

In this case, pursuing a personal injury claim may be far-fetched, but it’s not impossible. Without any witnesses, or recollection of what happened, you may be able to obtain surveillance camera footage in a last-ditch effort.

The good news is cameras are all over Las Vegas, including at the intersection of Koval Lane and Flamingo Road. The bad news is obtaining footage can be very difficult, and after a certain period of time, the footage may not be available. Any footage that is captured may be obtained from:

Who can be found liable?

If video footage of the injury is obtained, determining liability depends on the circumstances. If the injury was caused by a physical attack on a public street, the only party that can be found liable is the attacker or attackers. Recovering compensation, in this case, may be difficult since you’re not suing an insurance company or establishment.

However, if the attack happened on a nearby business property, the business itself can be found liable for negligent security.

If the injury was caused by a hit-and-run accident, perhaps while the victim was crossing the street, then the driver, if identified, can be found liable.

A slip and fall on business or public property can’t be ruled out. An uneven surface and/or lack of adequate lighting could have been the cause. If the fall happened on public property, the victim may be able to recover damages from the City of Las Vegas.

We’ll do whatever we can to help

Even if your personal injury claim is highly complex, with limited options, it’s critical that you speak to a highly skilled Las Vegas personal injury lawyer. Our experienced and knowledgeable legal team can explore every avenue possible when investigating the cause of your injury. Contact us today to discuss your matter. The sooner you reach out, the more likely it is that we will be able to find out what happened.