Outdoor and Hotel Security Under Review in Las Vegas 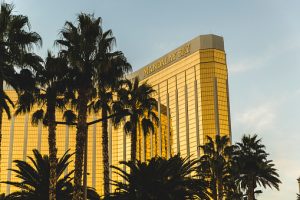 June kicks off the summer vacation season, which means an increase in travel plans and outdoor events for people around the nation. As concerts, festivals, and other live events kick into high gear, it is important to consider the steps being taken to provide adequate safety for those attending the events.

Ever since the mass shooting here in Las Vegas last October, concerns about open-air events and hotel accommodations have been an important topic, and a major concern for those planning their next few months.

PBS NewsHour looked to Coachella, which occurred this past April as the first major outdoor concert event since the Las Vegas shooting, as a sign of changes in the wind. The changes made by Coachella represented a significant and fundamental shift in the mindset of security. Organizers reached out to federal, state, and local authorities to coordinate security, and drone surveillance oversaw events for the first time. The drones had limits—they were not permitted to fly directly over crowds, for instance—but they enabled a significantly broader and more detailed watch of people and events at the concert.

Security personnel at Coachella were also trained in a system called “predictive threat analysis,” which looks for easy-to-miss hints that an individual may be intending harm. These include relatively harmless-seeming but unusual activities, such as a concert attendee ignoring the concert. These things are not necessarily threatening, but the ability to spot them is hoped to tune the attention of security to notice when they are paired with other subtle signs of danger.

Hotels have also come under scrutiny, due to questions about whether policies at the Mandalay Bay Resort & Casino could have hindered or prevented the shooting last year. Hotels around the nation have begun examining their policies, especially those which allow guests to go undisturbed for extended periods of time, as Mandalay’s do-not-disturb policy is cited in a lawsuit initiated by victims of the shooting.

In response, Wynn Resorts has introduced a policy that staff investigate any do-not-disturb sign that has been up for more than 12 hours, while Hilton now requires staff to report to management any do-not-disturb sign that has been in place for too long. Disney, meanwhile, has changed its signs to read “room occupied” and introduced a policy that each room be entered by staff at least once per day.

These policies only go so far, and there is a great deal of concern about matters like bag checks and gun policies that still need review. Hotels and outdoor event hosts are recognizing that they have a responsibility to keep patrons safe, and they are exploring ways to fulfill that obligation. It is a process that will require a great deal of consideration and change, which will take time. Changes in security can also be expected to slightly increase ticket prices, but on an individual level, it is a small price to pay if it yields results.

Whatever comes of this shift in event security, we applaud the venues and hotels for owning their responsibility when a personal injury occurs and encourage any victims to seek help from professionals who understand their rights as quickly as possible.