Home >> Blog >> May is Motorcycle Safety Awareness Month in Nevada

May is Motorcycle Safety Awareness Month in Nevada 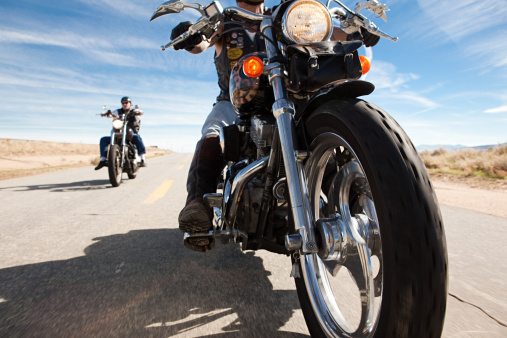 Las Vegas drivers need to remember to share the road

Motorcyclists from across the country often travel to Las Vegas and other parts of Nevada. With its wide-open spaces and numerous events in Las Vegas geared for motorcyclists – including Las Vegas Bikefest in late September – it’s no wonder Nevada is a destination for so many bikers.

That’s why the state has designated May as Motorcycle Safety Awareness Month. Like many states, Nevada understands the importance of motorcycle safety. This is partly due to the steady increase in the number of motorcycle accident fatalities in the past decade in Nevada and nationwide. Hopefully, the more bikers and drivers know about motorcycle safety, the more prepared everyone will be on the road.

How common are motorcycle accidents in Nevada?

If you're driving, it's important to remember that you don't own the road. As a motorist, you need to remain attentive while you're behind the wheel and watch out for motorcyclists. Some of the steps drivers can take to avoid a crash with a motorcycle include:

Talk to a motorcycle accident lawyer in Las Vegas today

Motorcyclists often get blamed for crashes caused by other drivers, and insurance adjusters are always looking for reasons to devalue or deny claims by injured riders. That means you could miss out on the compensation you're entitled to and end up having to pay out of pocket for a motorcycle wreck that was not your fault.

That’s not right. That’s why you need an experienced Las Vegas motorcycle accident lawyer from Lasso Injury Law working for you and looking out for your best interests.

We know how to deal with the insurance company and will work tirelessly to get you the money you need to get your life back on track.

Learn more about your legal rights and options after a motorcycle accident and schedule a free consultation. There are no strings attached, and we offer legal representation on a contingency fee basis. That means you don't pay us anything unless we recover compensation on your behalf.

Contact us today. Our office is located in Las Vegas on West Park Run Drive