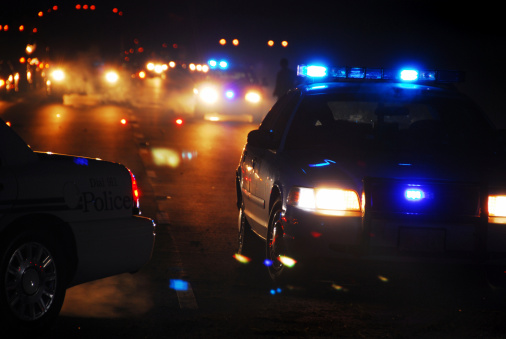 Drunk driving accidents remain a serious problem nationwide. In fact, the problem only seems to be getting worse. During the first half of last year, motor vehicle fatalities overall reached a 15-year high compared to the same time period in 2019, according to Mothers Against Drunk Driving (MADD). And one of the main reasons why car accident fatalities increased by 18.4 percent during that 6-month period was due to impaired drivers, MADD reported.

“This nightmare on our roads needs to stop,” said Alex Otte, National President of MADD. “Traffic safety enforcement has been cut and we are seeing the horrific consequences. A shortage of officers has resulted in the elimination of DUI task forces in some cities.”

One solution to cutting down on drunk driving fatalities – lower the legal drinking limit for drivers. Instead of having a blood alcohol concentration (BAC) limit of 0.08 percent, some states like Utah lowered their BAC limit to 0.05 percent. The result was fewer drunk driving deaths.

Utah made the change in its BAC laws in 2019. That year, drunk driving fatalities decreased in Utah by 38.7 percent, from 62 deaths in 2018 to 38 drunk driving deaths in 2019, according to a study conducted by the National Highway Transportation Safety Administration (NHTSA).

And while crashes caused by drunk drivers in Nevada occur throughout the state, 62.4 percent of drunk driving fatalities occur in Clark County, where Las Vegas is located. In the past five years, there have been 55.8 deaths each year due to drunk driving accidents.

Not surprisingly, Las Vegas was recently ranked the worst city in the country for drunk driving accidents, according to BuyAutoInsurance.com. Each year, Las Vegas arrests 4,311 people on average for driving under the influence. Such arrests add up to 1,986 DUI arrests per 100,000 people, the most of any city in the country.

If you were injured or a loved one died in a crash caused by a drunk driver in Las Vegas, the police will surely investigate. But it’s important to understand that their investigation will only focus on the criminal aspect of your crash. The investigating police officer is not concerned about whether you are fairly compensated for your medical bills, vehicle repairs, and other accident-related expenses, including lost income if you cannot work while you’re recovering.

That's why you should talk to an experienced drunk driving accident attorney about your legal rights and options. At Lasso Injury Law, we know how to thoroughly investigate accidents and find the evidence needed to build strong cases.

Let us give your case the attention it rightfully deserves. To learn more about how we can help you, contact us today to schedule a free consultation with a Las Vegas drunk driving accident lawyer who knows what it takes to get results.