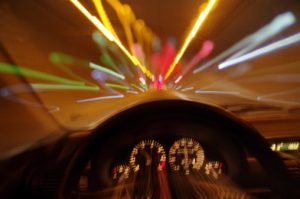 Driving while under the influence of alcohol is illegal across our nation, yet accidents involving suspected drunk drivers happen regularly.

These accidents destroy lives, devastate loved ones, and cost millions of dollars a year in repair and health costs.

The Centers for Disease Control and Prevention reported that 29 people die each day from alcohol-related accidents in the United States, an average of one death every 50 minutes. In 2016, alcohol was related to 28 percent of all traffic deaths, while all other drugs that impair drivers were accountable for about 16 percent of all accidents.

Impairment can occur with even one drink. According to the CDC, a Blood Alcohol Level of only 0.02 percent causes some loss in judgment, a decline in visual function, and a hindered ability to split focus. By the time most drinkers are in a notably alcohol-induced mood, around 0.05 percent, effects include difficulty focusing the eyes, lowered alertness, reduced coordination and difficulty steering, and more difficulty responding to emergency road conditions. The legal limit for drivers 21 and older is a BAC of 0.08; these statistics are a reminder that driving while intoxicated, even under the legal limit, is dangerous.

Victims and families of impaired drivers may have difficulty finding justice. These cases are often complex due to unusual details or locations.

Las Vegas is no stranger to the effects of impaired driving. Last month, KTNV covered an accident which involved a woman, found at the scene to be over the legal limit of 0.08 percent BAC, crashing into a 7-Eleven. One individual’s foot was run over in the process, while another was injured by debris, but a man playing on a slot machine had the worst of it. The slot machine fell on him as a result of the accident, and he was taken to the hospital with a broken neck.

Only a few days later, KTNV spoke with the mother of another victim of a suspected DUI. While her son is in the hospital under critical care, her own injuries have hindered her ability to return to work. In such a situation, not only does she have to deal with the trauma of her injuries and those of her son, but she is forced to face down growing medical bills and an uncertain future.

Al Lasso of Lasso Injury Law LLC says, “because alcohol is served 24 hours a day in Las Vegas and the law in Nevada does not hold the establishment that serves you responsible should you get into a crash, there are a higher percentage of drivers on the road who are intoxicated at any given time of day."

Victims of drunk driving accidents deserve justice. But when the insurance companies fail to meet that need, victims and their families need legal help. Contact us today to learn what we can do for you.