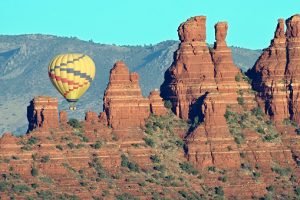 For many Las Vegas visitors, riding in a hot air balloon is an exciting way to view the rich landscape. For those who have never tried it, though, hot air ballooning looks risky.

Risk factors that, historically, have led to crashes include:

According to Outdoor Troop, hot air ballooning has become a generally safe activity due to advancements in technology and federal guidelines. So, what went wrong in a recent Las Vegas area hot air balloon crash that injured visitors from Louisville, Kentucky and several others?

Wave 3 News reports that the crash occurred when the hot air balloon made a hard landing — ejecting some passengers and dragging others for nearly a mile. One of the people injured likened the hard landing to a bad car crash.

Investigators and those involved in the crash are not certain how the crash occurred. According to the married couple from Louisville, the sightseeing tour was scheduled to last an hour but it was prolonged as the hot air balloon went over mountains and the pilot began searching for a landing point.

The crash occurred in a remote area, which made it difficult for emergency crews to reach them promptly.

The husband and wife were both hospitalized. The wife sustained a broken ankle and femur, as well as a punctured lung. Her husband was released from the hospital, but later re-admitted due to blood clots in his legs. Luckily, no fatalities were reported.

It was only a couple of years ago when the most devastating hot air balloon accident in history happened in Texas. As a result of the pilot's poor decision making, 16 people lost their lives. In response to that fatal crash, the National Transportation Safety Board and other safety advocates put pressure on the Federal Aviation Administration (FAA) to impose stricter regulations on hot air balloons and the pilots that operate them.

If you or a loved one was injured in a hot air balloon crash in Las Vegas, you may be eligible for a personal injury claim. If you're unsure what your legal options are, it's best to discuss your matter with an experienced attorney at Lasso Injury Law LLC. Our firm possesses a wealth of legal knowledge and real courtroom experience fighting for the rights of those who were hurt because of someone else's negligence.

To learn more, contact us online and set up your free consultation.