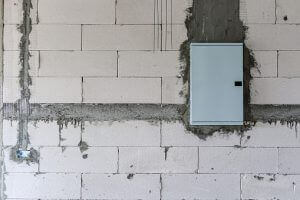 Las Vegas is a city of lights. The Strip is famous nationwide for its bright signs, the late-night glow of casinos welcoming tourists, and the brilliant light displays at our many concert venues.

Maintaining this bright jewel in the desert requires a lot of electricity flowing through the city, and when proper precautions are not taken, this can become a hazard for people living in or visiting our city.

In October, a fire broke out at a South Valley strip mall. The Review-Journal reported that the fire may have been caused by a malfunctioning sign and did not extend beyond the roof. Firefighters were able to get the fire under control quickly. Thankfully, no one was injured in that event.

The same could not be said for an incident in March. The Las Vegas Sun covered the story of a life-threatening electrical event. Police responded to reports of a small explosion behind a central valley market after white smoke was spotted and power was lost to the strip mall. The cause was found to be an electric box behind the building, which had shocked two men who were rushed to University Medical Center and admitted under critical condition. At last reporting, it was unknown if the men would recover, or why they were in the vicinity of the box.

Electricity can cause a number of serious injuries, both through direct contact and by causing damage or setting fire to the environment around us. Medline Plus, a branch of the U.S. National Library of Medicine, warns that direct contact with electricity can cause a number of injuries. Externally, electricity can cause skin burns. Internally, it can cause a host of injuries including abnormal heart rhythms, cardiac arrest, and damage to organs, bones, muscles, and nerves. The severity of injuries varies by current type and strength, how it moved through the body, duration of exposure, general health of the individual, and how quickly one receives medical attention. Medline also warns that anyone exposed to electricity should seek immediate medical treatment as internal damage may not be noticed immediately.

Because electricity is so dangerous, electrical safety needs to be a top priority for property owners and managers. If you are injured by a poorly maintained or malfunctioning electrical system, you need to seek medical attention immediately. After that,  you may have a long period of recovery or damage that never fully goes away. Contact a trusted personal injury lawyer as soon as you are able to review your options for compensation.