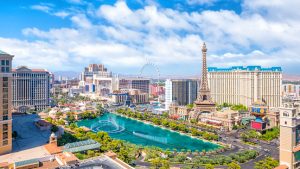 One thing people everywhere know about Vegas casinos is that the food and amenities are almost always incredible. When visitors to our city eat at our casinos, they come with a number of expectations, but one that is usually left off the list is food poisoning.

However, that may be exactly what a number of guests received during an apparent outbreak this summer.

In July, the Tribune-Review covered the story of a potential norovirus outbreak from Westgate Resort and Casino surrounding the weekend of Amazing Comic Con. An unknown number of guests and staff fell ill, with Westgate confirming at least nineteen known cases and publicists for the convention citing at least 33.

Convention vendors, some coming from at least as far as Portland, Oregan, reported stomach pain, vomiting, and diarrhea that not only racked up hospital bills but hindered their ability to earn their income at the convention.

The Southern Nevada Health District launched an investigation, which included a review of the Westgate’s kitchens and cleaning protocols. Westgate, meanwhile, began replacing glassware with plastic to reduce the spread of disease and installing hand sanitizer stations throughout their facility.

The Waters of Rio

This comes on the heels of an outbreak event at the Rio Hotel-Casino late last year. In this instance, the illness was Legionnaires' Disease, a form of pneumonia caused by a specific bacterium. That same bacterium can also cause a flu-like disease called Pontiac Fever, which was the suspected diagnosis in a number of other cases from the Rio at the same time. The bacterium in question is not spread directly from person to person, but instead is carried on water vapor and usually acquired in showers, near hot tubs and water fountains, or other places where contaminated water enters the air and can be breathed in. This led to a round of disinfection procedures at the Rio, which were confirmed to be on a normal time frame for an outbreak of this scale and are expected to continue through this year.

Casinos have a responsibility to ensure the health and safety of their staff and guests to the best of their ability. If you or a loved one has suffered due to contaminated food or water, contact us today to begin fighting back.