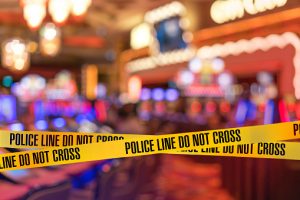 In September, a heated fight broke out in the parking lot of a California casino. Shortly after, one of the men involved assaulted someone he believed to be involved in the altercation. The victim was knocked down, hit his head on the concrete, and later died of his injuries.

The assault in review

Allegedly, Morgan Lewis Jr. was involved in a fight after some men in an SUV struck Lewis’ truck in the Graton Casino parking lot. After the fight ended and the men dispersed, Lewis is claimed to have approached and attacked Dondiego Hermilo “Milo” Andrade, knocking him down with his forearm and causing the fatal injury.

This is a terrible story, and while it occurred in California, violent assaults like this one often occur in and around casinos, including in Las Vegas.

This past summer, the rapper YG made headlines after allegedly sending his entourage to assault a fan who approached him for an autograph at the Cosmopolitan Hotel and Casino. The lawsuit against YG also accused him of stealing jewelry off the victim after the beating.

This past June, five men were arrested after allegedly assaulting a man in the parking lot of the Hard Rock Hotel, an incident that included hate crime charges. The following month, the security at the Palazzo called the police to report an apparent stabbing that had happened somewhere nearby, after the victim came to them for help.

While the assailant is clearly to blame in these situations, in many assaults, such as the lawsuit against YG, the casino can actually be named as being partially responsible. A civil lawsuit can be pursued if it can be shown that the casino lacked sufficient security measures to keep its patrons safe. While the casino’s role varies from case to case, the attacker might not be the only one to blame in many cases.

Regardless of who shares responsibility for the assault, victims deserve to know that the parties who could have kept them safe are being held accountable. This is especially important when a wrongful death occurs. A sudden death due to an assault can be devastating to a family, and often includes deep psychological, financial, and social damage that will last for years.

Assaults on casino grounds happen frequently in Las Vegas. In some cases, the staff are the culprits, as seen in an assault committed by the bouncers at The Cosmopolitan that resulted in a $160 million verdict for the victim.

Don’t try to deal with such a traumatic situation on your own during this vulnerable time. Contact us today for more information on how we can help you seek justice.