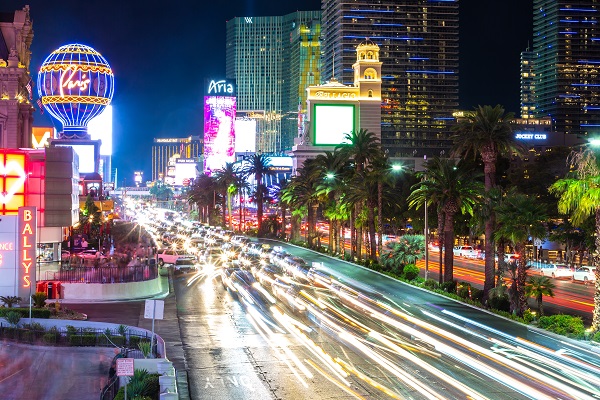 A Las Vegas car accident lawyer discusses the trend and explains how negligence is often a factor in serious crashes.

Car accident deaths in Clark County, Nevada, have continued to climb this year, unlike the rest of the state, where motor vehicle accident fatalities are lower this year compared to last year, according to the Nevada Office of Public Safety.

"This is the opposite of where statewide data is heading," says a Las Vegas Review-Journal article about the spike in car accident fatalities in Clark County (where Las Vegas is located) and why these numbers are higher.

Understanding why car accidents happen in Las Vegas is important. That way, there will hopefully be fewer car crashes, which can wreak havoc on people's lives.

If you've been injured in an accident due to negligence, we are here to help. Contact Lasso Injury Law, LLC, to see what an experienced Las Vegas car accident attorney can do for you.

During the first 10 months of this year, there were 201 car accident fatalities in Clark County. That figure is 5 percent higher compared to the same 10-month period last year, according to the Las Vegas Review-Journal and based on state car accident data.

Another way to put Clark County's high death toll into perspective for this year – the 201 deaths for the first 10 months of this year is already higher than the death toll for the entire year in Clark County in 2020, when 187 people died in car crashes, according to National Highway Transportation Safety Administration (NHTSA) crash data.

Why are there more car accident fatalities?

One of the reasons why car accident fatalities are so much higher in Clark County this year is the dramatic increase in bicycle fatalities. During the first 10 months of this year, 11 cyclists died in bicycle accidents in Clark County, a 175 percent increase compared to the same period in 2021.

But no matter what type of motor vehicle accident occurred, the most common causes of collisions in Clark County remain speeding and drunk driving, according to state officials interviewed by the Las Vegas Review-Journal.

What can be done to reduce fatal car accidents in Clark County?

Breen has many suggestions for drivers, pedestrians, cyclists, and motorcyclists to prevent accidents. Such safety tips include:

How can a Las Vegas car accident attorney help?

Many seemingly straightforward Las Vegas motor vehicle accidents quickly become complicated legal cases. When this happens, if injury victims don't take action right away, they might not get the compensation they rightfully deserve for their injury-related expenses.

At Lasso Injury Law, we have years of experience handling complicated legal claims. As a result, we know exactly what to do after a serious car crash and how to advocate for the compensation our clients deserve. We also work on a contingency fee basis. That means you pay no fees unless we secure a financial settlement or verdict for you.

Get the car accident lawyer that gets results in Las Vegas. Contact our law firm today and schedule a free consultation.