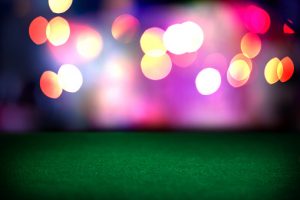 Every year, millions of people travel to Las Vegas to enjoy our casino resorts. Generally, the risks are believed to be understood – gambling has its odds of success and patrons know they're risking their money. Sometimes, however, other dangers appear that were not planned, and these are not limited to travelers unfamiliar with their surroundings. Just this year, the Las Vegas Review-Journal reported that professional poker player and casino executive Bobby Baldwin suffered a serious slip and fall injury at the Aria, where he currently works.

PokerNews ran a ‘Legends of Poker’ piece on Baldwin which described his first visit to Las Vegas in 1970 and his subsequent career in the city. In 1978, he became the youngest winner of the World Series of Poker at that time, launching a series of championship wins and live cash games that continue today. His game career landed him a place in the Poker Hall of Fame in 2003. In 1982, however, he accepted work at the Golden Nugget in Vegas and shifted his focus to the business side of casinos. His work has carried him from the Golden Nugget, to the Mirage, then Bellagio, and now the Aria, proving himself to be as adept at business as he is at cards. Baldwin has been a fixture of Vegas for decades, and he knows this city and its casinos intimately.

In July of this year, according to the Review-Journal, while performing duties as the president and chief operating officer of Aria Resort & Casino, Baldwin slipped and fell down two flights of stairs. While details on the cause of the fall were not readily released, friends and colleagues of Baldwin reported broken shoulders and ribs, a broken pelvis, a serious head injury, and an elbow surgery in the wake of the fall. Thankfully, he is expected to make a full recovery, though it will take some time. However, if such a fall can happen to someone as familiar with the casinos, and especially that casino, as Baldwin is, it can happen to anyone.

Not everyone who visits a casino is so lucky. A devastating injury like his can significantly alter the course of a life for someone who doesn’t have the means to cover the medical costs or who has little or no experience in dealing with the casinos. When someone is hurt on their property, the house should not always win. This is why it is important to ensure that you have someone on your side who knows the industry and your rights if you or a loved one suffers a casino or hotel injury. At Lasso Injury Law, we focus on holding responsible parties accountable for your injuries, even casinos. Contact us immediately to find out what we can do for you.